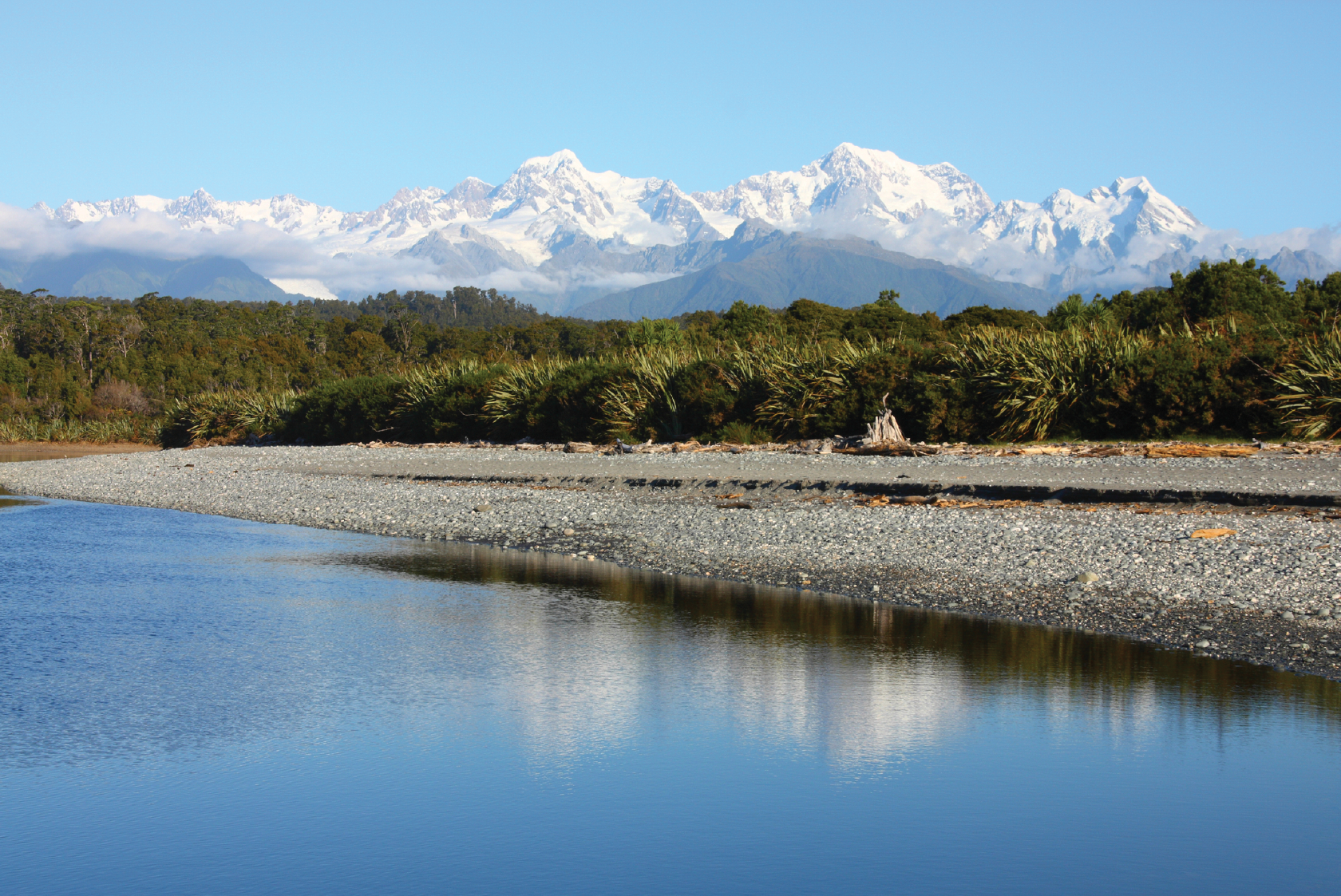 From the pristine forests of New Zealand

“Health from one generation to another”.

Established in 1994, Manuka International has been a family business for over 30 years.

We are a company that takes great pride in working with professional Bee Keepers throughout New Zealand, who have integrity and full respect in their honey production; we only purchase superior honey and maintain premium quality control. All our Manuka Honeys are certified and tested under the guide lines of the New Zealand Ministry of Primary Industries to assure we only export pedigree, premium Manuka Honey

Manuka International’s export brand “Bee Products” was one of the first commercial companies to bring certified Manuka Honey into Australia, while research had just started at the Waikato University in New Zealand.

Bee Products Manuka Honey is extracted from the hives of bees that have harvested nectar from the pristine, pollution free forests of New Zealand. It is freshly extracted, filtered and packaged ready for you to eat.

Our team of active and motivated experts have built a reputation for quality service and integrity, this skill and expertise has driven us to a rapidly expanding export company. With minimal effort and maximum distribution, our goals are to deliver a high quality product supported by effective logistics to assure minimum delays and maximum results.

We saw the benefits and potential of Manuka Honey in the market place. Our company has grown from being one of the first and largest importers of Manuka Honey into Australia, and is currently one of the largest distributors of Manuka Honey to the Australian supermarket chain including Coles, Myer, Woolworths, Safeway, IGA Ritchies and independent grocery stores, establishing a reputation of quality, integrity and service. 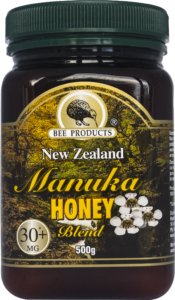 Bee Products Manuka Honey was one of the first New Zealand Manuka Honey to be imported into Australia, it’s quality pedigree brand and superior taste has kept it on the shelf for over 26 years. Peter Molan was one of the first qualified scientists to research and recognise the benefits of New Zealand Manuka Honey. For hundreds of years cultures across the world have used honey for internal and external disorders. Peter first experinced the benefits of Manuka Honey when he was working with dairy cattle in New Zealand, he noted the farmers used the sticky, strong honey on cattle with mastitis and in the mouths of young carves with mouth ulcers. Most honeys with peroxide properies would dispuse and break down quickly in these enviroments but Manuka honey seems to endure and continued working for long peroids if time, often only needing one or two applications for results. Peter began a small research program to find out what was different about this tea tree honey  He discovered it had a strong anti bacterial concertration that was able to maintain its intigrity when it was mixed with fluids, heated, even when it was exposed to UV light, he called this the X Factor.  In one of Peters interviews he stated, “this was a remarkable honey with amazing benefits and properties and it should be available to everybody to have in their pantry”

Q. What is Manuka Honey?
A. Bees gather Manuka honey from a New Zealand Tee Tree shrub commonly known as Manuka (Leptospermum Scoparium). Of the 158 species of Tea Tree in the southern hemisphere, this species appears to be unique to New Zealand.

There has been over 30 years of continuing studies at the Waikato University with investigations into the use of Manuka Honey.

Dr Peter Molan (MBE) BSc (Hons) Wales. PhD Liv. from New Zealands University of Waikato, from the dept. of Biological Sciences at the Waikato University of NZ, is a world authority in researching Manuka Honey.

Q. Can you eat Manuka honey?
A. Yes! It is straight from the bee hive, ready to put on your toast. It has a full earthy flavour that is excellent in cooking, warm drinks or simply eaten raw.

Q. Why does Manuka Honey change in colour and flavour?
A. Manuka Honey, as with all honeys, is a natural product direct from nature to your table.

The colour may vary according to the Manuka Shrub (Leptospermum scoparium) and where the nectar was harvested. Enviromental conditions, e.g. rain, heat, drought, wind and soil types can reflect in the final honey product. The colour doesn’t always determine the MG, MGO or UMF value of the honey, some Manuka Honeys are very light in colour however they have registered a very high MG/MGO orUMF rating.

Flavour varies according to the same conditions that influence colour. Dark honeys tend to have a stronger and more bitter flavour and are more aromatic, whereas light honeys are crisper and thin in flavour. The colour does not dictate the grading of the Manuka Honey, light or dark colour Manuka Honeys can have very high grading or very low. Only qualified, associated laboratories can grade the honey appropraitly

Q. Are there special bees that make the honey?
A. No. It is the shrub/flower that the nectar is harvested from that determines the type of honey. Depending on which pollen is dominant, will determine what the honey will be recognized as and given its common flora name (more information).

Q. What is MG, MGO and UMF?
A. Each of these letters indicate the true and accepted  testing regimes to assure the Manuka Honey is genuine and appropriatly graded for the consumer. UMF+ stands for Unique Manuka Factor developed from the name X  Factor indicating the anti bacterial agent in the Honey, was first coined by Dr Peter Molan.  MG+ and MGO+ stands for Methylglyoxal, it is a natural anti bacterial rating in the honey.

Q. How do they test for rating?
A. The raw Manuka Honey is put in vats where each vat is rotated and tested for its Methylglyoxal (MG rating), DHA (dihydroxyacetone) and Leptospermum and its given potential ‘+’ grading number.

Q. What are the numbers?  A. The numbers indicate how much MG particales rating per kilogram.

Q. What is creamed honey? (Imported Manuka Honey is always creamed)
A. In this process, raw honey and previously processed whipped honey (known as a seed batch) are combined to produce a mixture of 10% whipped honey and 90% raw honey. The mixture is then allowed to rest at a controlled temperature of 57°F (14°C). This method will produce a batch of whipped honey in about one week. A seed batch can be made by allowing raw honey to crystallize and crushing the crystals to a desired size.

A useful tip! Creamed honey too hard?
Sometimes when you buy creamed honey, it is too hard to use easily. This is because most of the crystallizing has happened after the jar was filled and it has ‘set’ hard. If you microwave the jar (around 30 seconds on high for 500 grams) it will soften – and it will stay soft.

AS AN EXPERIENCED EXPORT COMPANY

Exporting direct from New Zealand to all international distributors.

Exporting Manuka honey and New Zealand honeys since 2008, we can assure experience and professional support, service and quality products to all of our distributors.

Our honeys are raw, filtered honeys, direct from the hives.

We take great pride in working with professional bee keepers in New Zealand who have integrity and take pride in their honey production; we only purchase high grade honeys and maintain premium quality control.

Pure New Zealand Manuka Honey, direct from the pristine forests to your table.